ASEAN Journal of Community Engagement (AJCE) is a biannual refereed journal concerned with the practice and processes of community engagement. It provides a forum for academics, practitioners and community representatives to explore issues and reflect on practices relating to the full range of engaged activity. This journal is a peer-reviewed online journal dedicated to the publication of high-quality research focused on research, implementation, of policy about community engagement.

BIOPROCESS is an international peer-reviewed journal covering all aspects of bioengineering process, with key objectives to explore research activities in the areas of bioprocess engineering. Published twice a year, it serves as a comprehensive platform for researchers and practitioners to access the latest issues, findings, and best practices in bioprocess engineering. BIOPROCESS is published under Universitas Indonesia.

Journal of Dentistry (JDI) is a peer-reviewed scientific journal which is published by the Faculty of Dentistry Universitas Indonesia thrice a year. The Journal aims for continuous dissemination of updates in relation to dentistry and its related fields in the form of original articles, case reports and reviews. The Journal's first publication was in 1993, under the name of Jurnal Kedokteran Gigi Universitas Indonesia. Starting in 2012, all articles published in JDI could be freely available online from the Journal's official website. The JDI has been Nationally acknowledged and accredited by the Indonesian Directorate of Higher Education (SK No.040/P/2014). The JDI applies no charges for article submission, processing and publication.

Journal of Environmental Science and Sustainable Development (JESSD) is a biannual refereed journal which provides an opportunity for academics, practitioners, as well as community representatives to examine, exchange, and reflect on a wide range of issues related to environmental science and sustainable development in the developing countries especially in ASEAN region. The JESSD aims to contribute to the advancement of scientific knowledge and understandings of the theoretical, methodological, approaches, and practical dimensions of environmental science and sustainable development issues. Published by School of Environmental Science of Universitas Indonesia as a free and open access journal, JESSD contributes some novelties to current research in relevant itself.

Journal of Terrorism Studies (School of Strategic and Global Studies)

See the Author Guidelines before you begin submission.

Use this Article Template for your manuscript.

Jurnal Akuntansi dan Keuangan Indonesia (JAKI) is a peer-reviewed journal published by Department of Accounting, Faculty of Economics and Business, Universitas Indonesia twice a year (June and December). JAKI aims to publish articles in the field of accounting and finance that provide the significant contribution to the development of accounting practices and the accounting profession in Indonesia and in the world. JAKI has obtained an accreditation from Directorate General of Research and Development Strengthening, Ministry of Research, Technology, and Higher Education of the Republic of Indonesia by SK No. 51/E/KPT/2017 (for the period 4 December 2017 to 4 December 2022). Consistent with its purpose, JAKI provides insights in the field of accounting and finance for academics, practitioners, researchers, regulators, students, and other parties interested in the development of accounting practices and accounting profession. JAKI accepts manuscripts of either quantitative or qualitative research, written in either Indonesian or English. JAKI accepts manuscripts from Indonesian authors and also authors from various parts of the world. 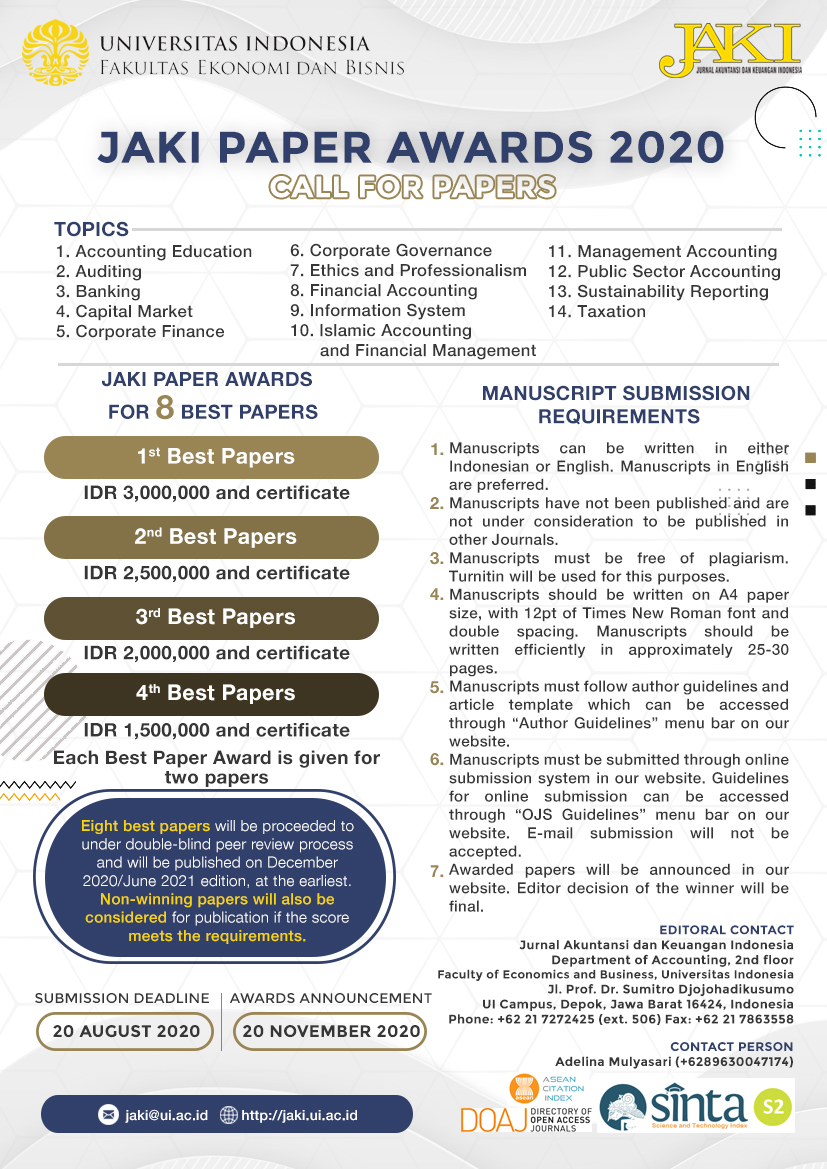 Jurnal Ekonomi dan Pembangunan Indonesia has been published since 2000 by the Department of Economics Faculty of Economics and Business Universitas Indonesia. Based on the Decree of the Director General for Higher Education Accreditation Number 43/DIKTI/Kep/2008, JEPI has been accredited 'B'as a national academic journal. JEPI published two times a year in July and January.

The article published in JEPI are expected to cover wide range topics in economic fields and employs standard economics analysis tools focusing on Indonesian economy. The topics might include economics fields of monetary, fiscal, environment and natural resource, industrial organization, regional and urban economics, international and trade, and any others related to economic fields.

It is expected that students and researchers are facilitated by JEPI to play important role in understanding Indonesian economy. 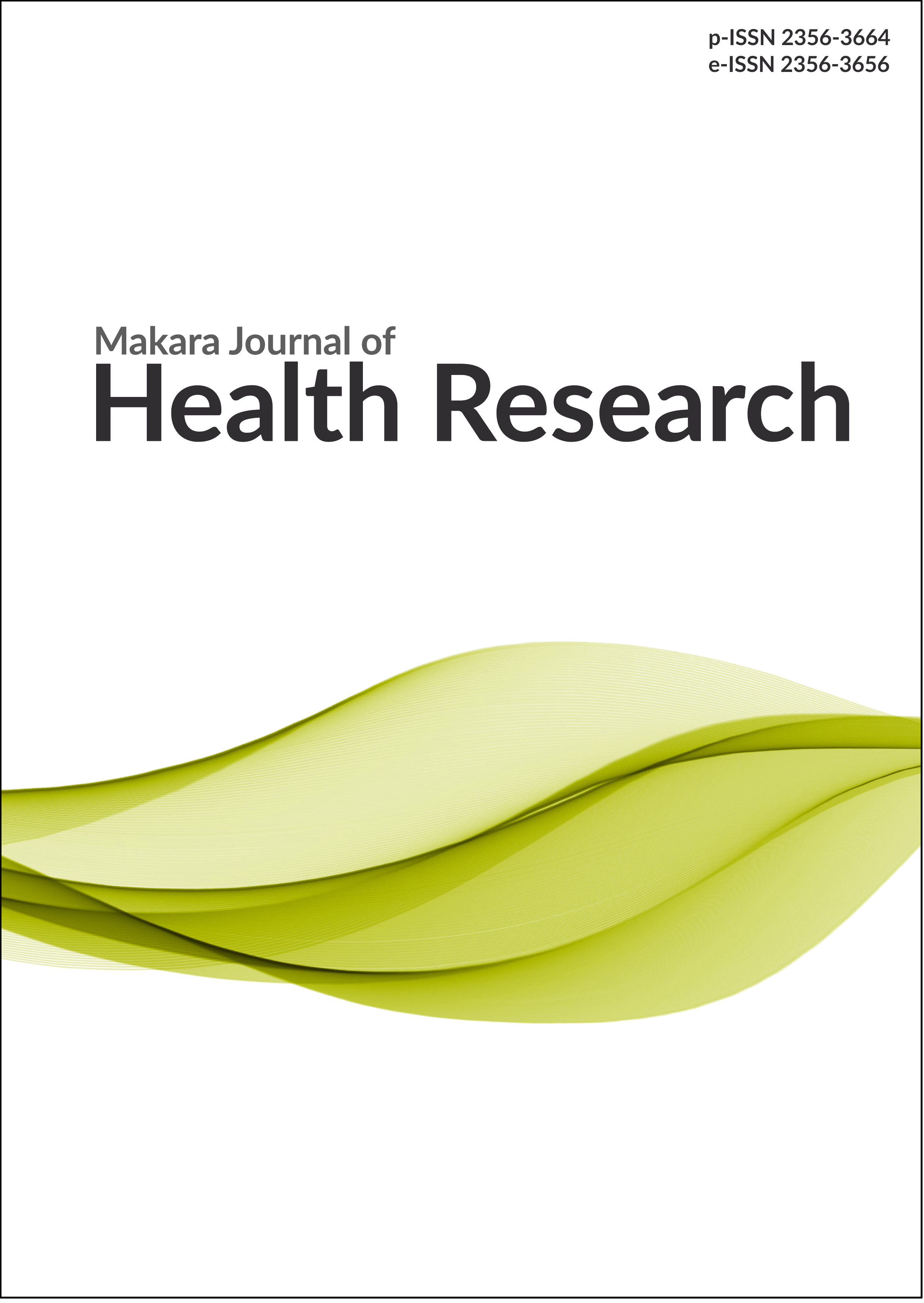 The Makara Journal of Science (Makara J. Sci.) is an academic peer-reviewed international journal published by the Universitas Indonesia (UI) to serve as a platform for cutting-edge research in the life, physical, geosciences, *tropical biodiversity, environmental chemistry/science, and energy sustainability are key themes.

Publication in Makara J. Sci. is without charge; all published articles are available online through open access. Authors should refer to the Authors Guidelines for details on how to prepare their manuscript; submission is performed via the online submission system (https://scholarhub.ui.ac.id/science). Starting from 2014, Makara J. Sci. has been publishing in March, June, September, and December. Makara J. Sci. is the successor to the “Makara of Science Series” and “Makara Science”, which have been published since 1997. The name “Makara” is adopted from the Makara tree featured in the UI logo which symbolizes a source of knowledge disseminating “fruit” in all directions.

MAKARA Journal of Technology is a scientific peer-reviewed journal publishing original articles on new knowledge and research or research application with current issues in technology. The journal provides a broad-based or multidisciplinary forum for the publication and sharing of ongoing research and development in engineering and technology

Pharmaceutical Sciences and Research (PSR) is an official scientific journal managed by Faculty of Pharmacy Universitas Indonesia. PSR was first published in 2004 Under the name of Majalah Ilmu Kefarmasian (MIK). After being vacuum for 1 year, MIK was then reestablished under new editorial with new vision to become internationally accredited journal. Started in 2014, MIK was transformed into Pharmaceutical Sciences and Research.

Pharmaceutical Sciences and Research is published three times annually. PSR aims to publish complete and reliable source of information on the discoveries and current development in the field of Pharmacy and Pharmaceutical Sciences by covering wide and diversified themes with strong emphasis on originality and scientific quality.

All submitted manuscripts are subjected for double-blind peer review and editorial review processes before being granted acceptance. 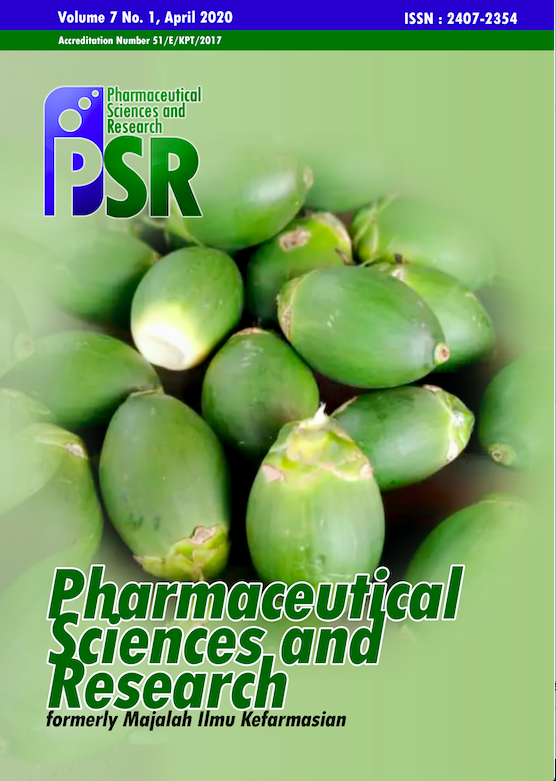 SMART CITY focuses on four main topics: energy and environment, infrastructure, ICT and mobility, and quality of life. Published biannually, it serves as a comprehensive platform for researchers and practitioners alike to access latest issues, findings, and best practices in the fields of smart cities. SMART CITY is published by CCR Smart City at Universitas Indonesia.

"The intent of the Editors of The Indonesian Capital Market Review (p-ISSN: 1979-8997; e-ISSN: 2356-3818) is to discuss, to explore, and to disseminate the latest issues and developments in Empirical Financial Economics (JEL classification: G) particularly those related to financial frictions in the Emerging Markets. The topics cover, but not limited to, capital markets, financial institutions and services, corporate finance, risk modeling and management, market microstructure in financial markets, Islamic finance, behavioral finance, and financial crisis.

The New Ropanasuri Journal of Surgery (Faculty of Medicine)

Ropanasuri [roopânâ soo–ree] is an ancient Javanese Hindi of Bahasa Sansekerta (Sanskrit, Indo–Europe) designating the healing knife, i.e., the scalpel. The term was first proposed in 1967 by Moenadjat Wiratmadja, a senior plastic surgeon (1921–1980), and subsequently used in the symbol of the Indonesian Surgeons Association (IKABI). In addition, he expressed the noble of such a knife with the words which are also in Sanskrit’s: sutiksna usada sudharma marga (Sanskrit: sutiksna means blade knife; usada implies a condition of wellbeing; sudharma means prosperity, welfare; marga means people, human being); thus it means ‘the surgical blade for the prosperity of human being.’

Later, surgeons who interested in writing and publishing the scientific articles in the surgical field applied Ropanasuri as the name of a journal first published by the Indonesian Surgeons Association. The journal was delivered in the Department of Surgery, Faculty of Medicine, Universitas Indonesia (the 1970s), nowadays refers to the official journal of IKABI, with the attribute Indonesian Journal of Surgery.

[1] Sanskrit words in Sanskrit Sanskṛtabhāsa means perfect language. That is, the opposite of language Prakrit, or the language of the ordinary people (from Wikipedia, https://id.wikipedia.org)

Introductory text for The South East Asian Journal of Management. 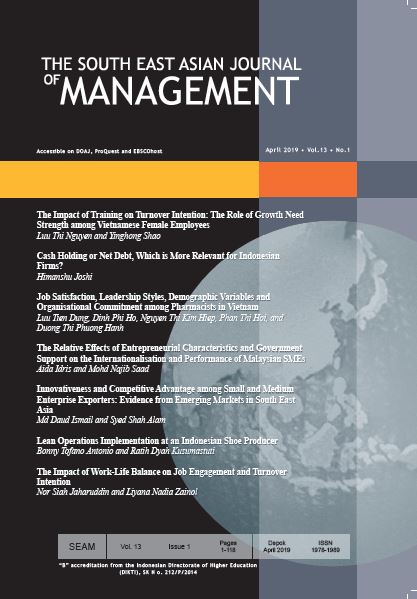